The Medical University of Vienna (MUW) with its 650 years’ history is one of the oldest and most important top-level medical research institutions in Europe. It employs 1,800 researchers and 1,600 medical doctors, who are the medical staff of the General Hospital of Vienna, Europe's largest hospital. MUW takes a leading position in research and teaching and is located in the THE-ranking 2014/15 in the category "Clinical, Pre-Clinical and Health" on the 49th place worldwide, 14th in Europe and 3rd in the German speaking area.

One of the MUW’s biggest research institutions is the Centre for Pathophysiology, Infectiology and Immunology (CePII) that achieves with more than 300 staff members (200 of whom are paid by third-party money) nearly 10% of the research output of the MUW. Hannes Stockinger, one of the main scientists of this project, heads the Centre and one of the subunits of the Centre, the Institute for Hygiene and Applied Immunology (HAI). HAI is the core partner of MUW in this project, that performs state-of–the-art research in immune cell biology, especially of T-cells and myeloid cells, focusing on modulation of immune responses, infectious biology, in particular, bacterial infections. In respect to the latter activity the Institute is the national reference laboratory for borreliosis and chlamydial infections.

Participants for Medical University of Vienna 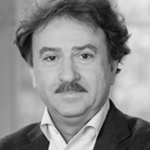 Hannes Stockinger is the Head of the Center for Pathophysiology, Infectiology and Immunology at the Medical University of Vienna and Chairman of one of the Center’s subunit, the Institute for Hygiene and Applied Immunology, where he is appointed as well as a full professor for molecular immunology. As Dean he built up the PhD school at this University (2003-2010). He also co-founded and managed as CEO the biotech-SME Competence Center for Biomolecular Therapeutics (BMT) that aimed together with Novartis, Baxter and the SMEs Technoclone and Polymun to identify and develop targets for therapeutic treatment of immunological and inflammatory diseases (2000-2012). In the most active time, BMT employed 75 staff members. He is also the current Chairman of the Federation of Austrian Scientific Societies (since 2010). Further, he served as officer for many other national and international scientific organizations and societies. For instance, he was the long-lasting Treasurer of the European Federation of Immunological Societies (EFIS, 2006-2015), President of the Austrian Society for Allergology and Immunology (2000-2006) and Board Member of the Austrian Science Fund (2005-2014).
Hannes Stockinger has been identifying and characterizing structure and function of a number of surface receptors on T cells and myeloid cells by monoclonal antibodies, the latter have been distributed to the community and used by health care centers, doctors and researchers for the diagnosis and therapy of immunological diseases and leukemias already for decades. Therefore, he is also member of the Cluster of Differentiation (CD) Nomenclature Council. His contribution to the understanding of how GPI-anchored receptor proteins transduce signals across the plasma membrane were fundamental for the identification and characterization of lipid rafts, membrane devices that are now recognized to control signaling across the plasma membrane. Currently, he is focusing on the development of: 1) 2G nanodevices to specifically transport drugs and factors to pathologic cells in immunological diseases, 2) novel assays for the diagnosis of bacterial infections and 3) advanced imaging to analyze the dynamic of receptors and signaling molecules in the immunological synapse of living T cells and antigen presenting cells with the aim to obtain novel insight into the initiation and control of the adaptive immune response and to identify nanostructure-markers for precision medicine. During his scientific carrier he published more than 170 scientific papers including a variety of original papers in the very top journals such as Cell, Science, Nature Methods, Science Signaling and The Journal of Experimental Medicine.

Prof. Dr. Gerold Stanek (50% supervisor) – qualified in hygiene, microbiology and preventive medicine – is deputy head of the Institute of HAI and head of the unit Immunology of Infection and Microbiology at HAI. He is a member of the European Society of Clinical Microbiology and Infectious Diseases/ESCMID and current chair of the ESCMID Study Group for Lyme Borreliosis/ESGBOR, as well as board member of the Austrian Society for Hygiene, Microbiology and Preventive Medicine/ÖGHMP. His interest is primarily in laboratory diagnosis of infectious diseases including tick-borne diseases with the main focus Lyme borreliosis. A long term project has been risk assessment of Lyme borreliosis which has started as a European Union Concerted Action in Lyme borreliosis/EUCALB and is continued with ESGBOR (LINK: https://www.escmid.org/index.php?id=850 ) where the EUCALB website serves as an information resource of the ESCMID study group ESGBOR. Another aim has been to establish case definitions for Lyme borreliosis in Europe. Such definitions were first published in 1996 and in an amended version in 2011. Stanek was also partner of the EU project BOVAC (development of a prophylactic vaccine and diagnostic markers to prevent and diagnose Lyme Borreliosis specific to Europe and North America).

Dr. Mateusz Markowicz (30% supervisor) is a medical specialist in general medicine and in hygiene and microbiology at HAI. He is a member of ESCMID, member of the Steering Committee of ESGBOR, and member of the Austrian Society for Hygiene, Microbiology and Preventive Medicine. His primary research interests are clinical microbiology and infectious diseases with special focus on Lyme borreliosis and other tick-borne diseases. His research projects included laboratory diagnosis of Lyme borreliosis and clinical studies on patients with persisting symptoms attributed to Lyme borreliosis. Currently he is involved in a research project on the risk of transmission of tick-borne pathogens after a tick-bite. In the outpatient department of HAI, he takes care of patients with confirmed or suspected Lyme borreliosis according to evidence based knowledge. Dr. Markowicz was member of the Organizing Committee of the 14th International Conference on Lyme Borreliosis and Other Tick-Borne Diseases in Vienna, Austria.

Anna Schötta finished her study “Biomedical Science” in 2008 at the University of Applied Sciences in Vienna and graduated with honours. Since then she is working as a research technician of the research group “ticks and tick-borne pathogens” led by Professor Dr. Gerold Stanek and contributed to building up the lab. Aside from managing the research laboratory and supervising the adjunctive molecular infectiology diagnostics laboratory, her main tasks comprise establishing, implementation and carrying out of various molecular, immunological and microbiological analyses with a main focus on the identification of tick-borne pathogens. She is involved in multiple projects and regularly participates in national and international conferences to present her work. The desire for further education was the reason for starting another Bachelor’s Degree Programme with emphasis on “Microbiology and Genetics” at the University of Vienna. Due to her interest in parasitology she is also a member of the Austrian Society for Tropical Medicine, Parasitology and Migratory Medicine.